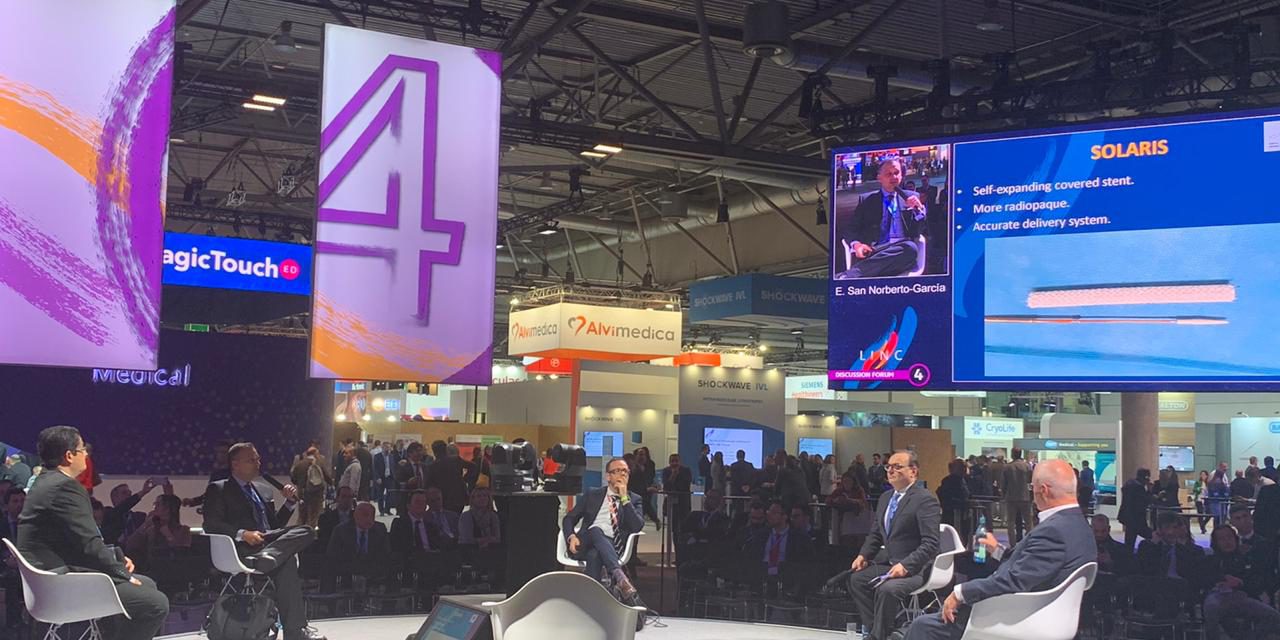 From January 28th to 31st, Scitech was in Germany at one of the largest endovascular congresses in Europe and the world, the LINC (Leipzig Interventional Course).

During the congress schedule, Scitech promoted a scientific session on the Solaris endoprosthesis with the presence of doctors from Belgium, Brazil and Spain. In this session, besides Brazilian experience, the European clinical program and the initial European experience were presented.

There was also an important meeting with the researchers who will conduct the Solaris clinical research in 10 European centers and for the European distribution team, there was a technical update training on the products.

While these actions were taking place, doctors could still learn a little more about the Solaris Endovascular stent, one of the products featured on the Scitech stand at LINC.